Scott Biron cut his teeth learning to tie flies and fly fish back in the 1960s in the North County of New Hampshire. He has fished many of the streams of northern New England. Scott is an active fly tying instructor for New Hampshire Fish & Game and is popular tying and instructing in national and regional shows. He was awarded a 2017 NH Traditional Arts Apprenticeship Grant and studied fly tying including Traditional New England Streamer patterns and progressed to Classic Salmon Flies. Since then he has become a Master Artist in the Traditional Arts Program. He has an apprentice working under him during 2021.

.  Scott has a strong interest in historical NH fly tyers and their lost patterns and has published, researched, instructed as well as demonstrated many of these lost NH fly patterns. He enjoys instructing individuals of all ages in the art of fly tying and is known for including the history of these tyers and their flies in his instruction. Scott is considered an expert on large group instruction and offers dozens of classes year-round. Each year he is a volunteer instructor at NH Fish & Game’s Camp Barry’s Fish Camp where he instructs over 50 campers in fly tying and fly fishing. Scott is a member of the Fly Dressers Guild, Catskill Fly Tyers Guild, an Ambassador for the American Museum of Fly Fishing.  He is a regular contributor to the Fly Dressers Guild Journal and the NH Wildlife Journal.  Scott is on the Partridge of Redditch, Regal Vise, Solarez, Cortland and Ewing Feather Birds Pro Teams.  Ewing has come out with a signature series line of feathers under Scott’s name. 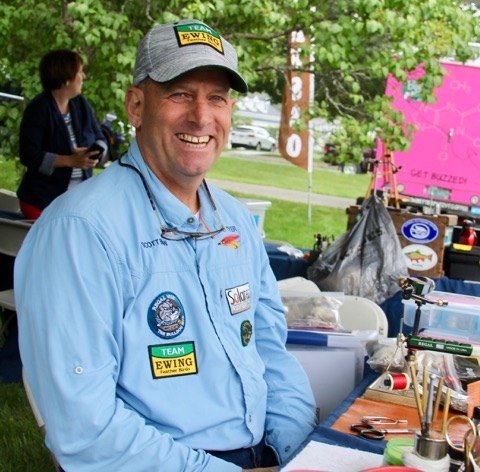 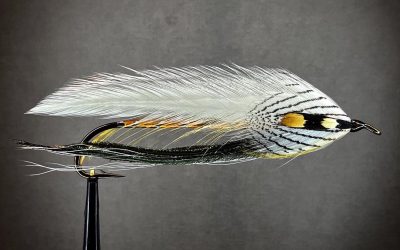 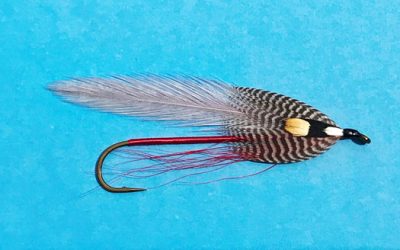